Billy was an only child for the first thirteen years of his life, when he was joined by his sister Dorothy on 9 October 1914. He attended Dame Allan’s School in Sunderland from the age of 14, and had a lucky escape as the 1st war ended just before he was due to be called up into the Army. 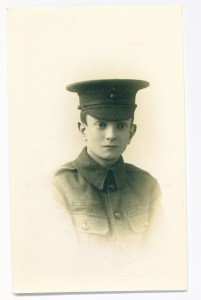 He was a member of the Schools Cadet Force however and won prizes for the quality and accuracy of his shooting.  In 1918 he joined his father in working for the ship building firm Swan Hunter as a Marine Engineering Apprentice. In 1920 he became an undergraduate at Newcastle and Armstrong College them a college of the University of Durham (and now the foundation of Newcastle University) studying for a BSc in Marine Engineering. On graduation he went to sea as the 4th Engineering Officer on the Ellerman & Bucknall Line ship SS Kathlamba, a tramp steamer with triple expansion reciprocating engines built in 1913. He served on trip on this ship which lasted for two years and which traversed the world!