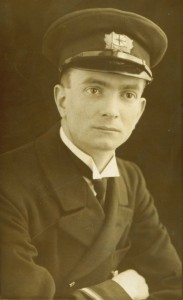 As the “Hitler War”, as he liked to call it, started William Wilson (Billy) Hunter was working for the Board Of Trade as a Marine Engineering Surveyor.  As the government transformed itself to a war footing he was transferred to the Department for War Transport and asked to move to Falmouth in Cornwall. Falmouth was an important port for the repair of Convoy casualties with rarely fewer than 100 ships in Carrick Roads and Falmouth Bay.

Meanwhile Eva May Morrish was working as a midwife and nurse in the same locality, based with her parents in Penzance. 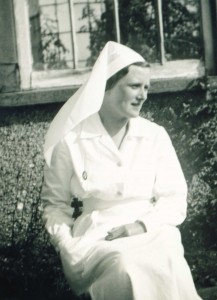 Eva, working as a nurse in Falmouth

The pair of them were fairly keen church goers and a mutual friend in the church introduced them, and the rest as they say is history.

There was a real fear of imminent invasion in the early part of 1940 (the British Army had been evacuated from France at Dunkirk at the end of May) and many thought that the best strategy for their individual safety was to get married as soon as possible, so that the German invaders would keep them together. The result was a spate of weddings.

Eva and Billy married on 6 July 1940 at the Clarence Street Baptist Chapel in Penzance. Billy’s sister, Dorothy, married Rex Bradburn on 26 July in Liverpool and Eva’s sister Flossie married her cousin Dennis Sellars soon after that.

Shortly after their marriage Billy was promoted and transferred to the regional office in Bristol.

One thought on “Billy & Eva get married”